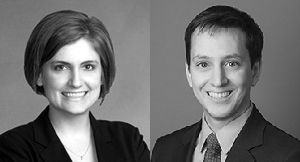 On Monday, March 27, President Trump exercised his authority under the Congressional Review Act (“CRA”) to nullify the Obama-era Fair Pay and Safe Workplaces Rule, which was promulgated pursuant to President Obama’s 2014 Executive Order 13673. The rollback, which has been much anticipated by the contracting community, is part of a push by the Trump administration and the 115th Congress to scale back a number of contracting regulations that were put into effect under the Obama administration (for more on this topic, see our prior post here).

President Trump’s March 27th signing of the resolution—which effectively removes the rule from the books—follows the passage of a joint disapproval of the rule by the House and Senate. Though the rule’s reporting requirements and arbitration prohibitions had already been blocked in October 2016 by a district judge in the Eastern District of Texas, the CRA resolution, now bearing a Presidential signature, fully nullifies the entire rule and all of its requirements on federal contractors—including its paycheck transparency provisions, which were previously left intact by the court in Texas. Indeed, pursuant to the CRA, a rule that is nullified using this process “shall be treated as though such rule had never taken effect.” 5 U.S.C. § 801(f). END_OF_DOCUMENT_TOKEN_TO_BE_REPLACED

Blank Rome maintains a nationally recognized, multidisciplinary government contracts practice that represents contractors in all aspects of federal, state, and local procurement law—from contract formation through close-out. Our clients span the industry, from companies new to the public sector to those in the Fortune 500, and include leaders in the defense, professional services, information technology, maritime, aviation, healthcare, energy, and construction sectors... Read More